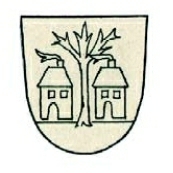 The brook Luhy is lining the village approximately 1,5 km to the South from Jeseník nad Odrou along the main rail track Přerov – Bohumín. Polouvsí It has been firstly mentioned in 1412. Until the end of the 16th century it had its Slavonic character, but then the German language succeeded. From 1850 was Polouvsí an independent municipality until 1975, when it was integrated to Jeseník nad Odrou. Polouvsí has not its own coat of arms, but until it was independent it had its own seal (1766), on which a deciduous tree is depicted and a house with doors and two windows on both sides.

Acknowledged cultural sights are not to be found in the village, but the small chapel of Saint Martin from 1823 could be mentioned. In the village there is a nursery school, a children´s playground, a cultural house with a restaurant, a library, a bus station and a grocery. Polouvsí Summer Days, Pétanque Tournaments, Fairy tales readings under an oak, organising board games in the cultural house hall, social and masked balls, the neighbourly fair with the traditional Christmas tree lighting-up, the Chinese paper lantern parade, the Welcoming the Spring feast and many other here not mentioned events reflect, that the village is living a rich social life…

Polouvsí celebrated in 2012 its 600th year’s jubilee from its first written reference and on this occasion brought out a book called "Polouvsí, since the first written reference up to the present". The book can be purchased in the municipal town hall in Jeseník nad Odrou, in the library in Polouvsí or from the head of the settlement committee Mr Valošek.