There were altogether six reservoirs – Zita, Franz, Josef, Herma, Lipový, Hedva. Today it is sparsely mineralised water, the chemical composition of the individual springs differs only a little. The presence of sulphates (circa 30 mg/l) could be mentioned, which could be related with an occasional perception of a hydrogen sulphide smell coming from the mineral water, which occurs allegedly a few times a year (especially on sultry summer days).

A hundred years ago the last Bohemian king and Austrian-Hungarian Emperor Charles I. together with the princess Zita visited the city Nový Jičín, on this occasion she christened the mineral water spring in Jeseník nad Odrou. This spring bears the official designation „Spring of the Archduchess Zita“ and the christening day fell on the 13rd to the 14th March 1912, which is documented in the archive of the Museum Novojičínska.

In 2003 the married couple Kocourkovi became the new owners of Jeseník mineral water. As they were regular purchasers and sellers of Jeseník mineral water, which is unique in its chemical composition and quality, they decided to continue in this tradition to bottle the mineral water. In the period since the last bottling until the time, when they took over the company, a period of nine years elapsed and in the present time the legislation has changed greatly then it was before. The requirements are different in regard to the depth of the underground drilling, which can be very expensive and so they decided to avoid that and reclassify it to mineral water with mineral contents. 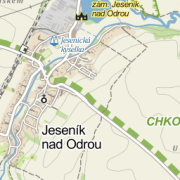 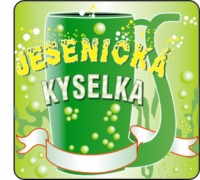