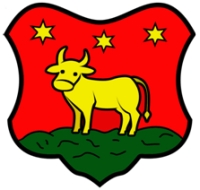 On a red field and a green hill stands a golden bull, above which three golden six-point stars float.

Hůrka lies at the foot of the hill Hůrka (also known as Horecký, 382 m) approximately 2 km southwest from Jeseník nad Odrou framed on both sides with the district road connecting Starý Jičín with Jeseník. A stream passes through the village, which has more than one name: on the upstream it´s called Vlčnovka, on the lower course Bernatický potok, but it is also known as Teplá. Hůrka belonged since the 14th century to the starojický manor; the first written reference is in the document from the 2nd October 1383. Since 1850 was Hůrka an independent village and used its own seal. A standing bull with three stars was displayed on the seal matrix from 1749. In 1976 Hůrka joint Jeseník nad Odrou.

The only acknowledged cultural sight in Hůrka is the chapel of Saint Anne, which was consecrated in 1851. In the village exists a fire brigade, a children´s playground, a cultural house, a restaurant, a library, a bus station, a grocer´s shop, a swimming pool with a restaurant and a hostel. The social life is in the village on a very high standard. The settlement committee together with the local clubs organise every year a good deal of cultural and social events: the Best Brandy Contest, the Pork Festival, the Traktoriade, the Hunting Festival, the Sport ball dancing, a children´s costume ball, the alley planting of trees, the Maypole building and a Witch Burning, the Fire Brigade Contests, the Maypole Felling with the Children´s day celebrations, the Beer Relay, Chinese Paper Lantern Parade for children with their parents, a Football tennis (futnet) Tournament and table tennis…

Hůrka has brought out a book in 2009 on the occasion of the 625th year´s jubilee of the first written reference and to the 100th year´s jubilee of the voluntary fire brigade foundation. The book is called "Hůrka, from the first written reference up to the present ". The book is sold out, but it is possible to download it from here as a PDF file (5.43 MB). 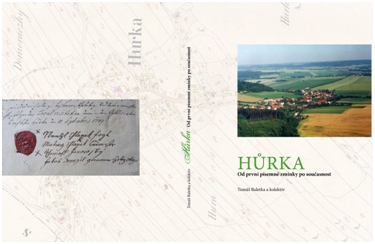